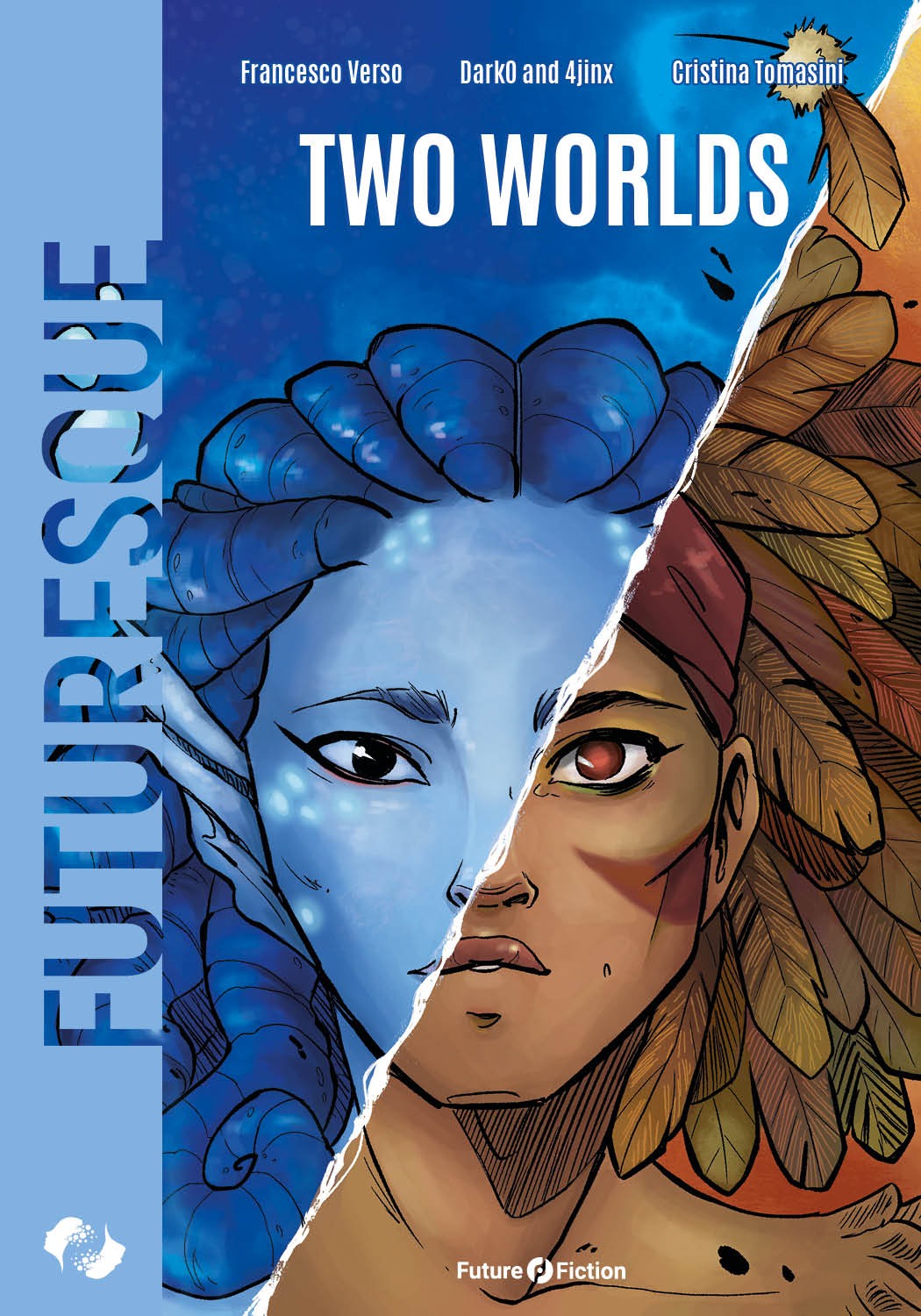 The story is set in the distant future, on an Earth very different from the present one that has survived the Anthropocene and undergone millennia of environmental transformations. On the other hand, the development of the Chimera project has led human evolution down strange and bizarre paths: profound changes in the genetic code have facilitated the advent of other species, which possess – in their hybridized DNA – the genetic traits of birds and fishes.

In this solarpunk scenario, the mysterious presence of a legendary Seed Tower – forgotten since time immemorial – will rekindle in some individuals the desire, perhaps not too utopian, to re-establish a new ecological balance with planet Earth.

Two Worlds is inspired by the short story written by Francesco Verso and was adapted by screenwriters Dark0 and 4jinx with illustrations by Cristina Tomasini.