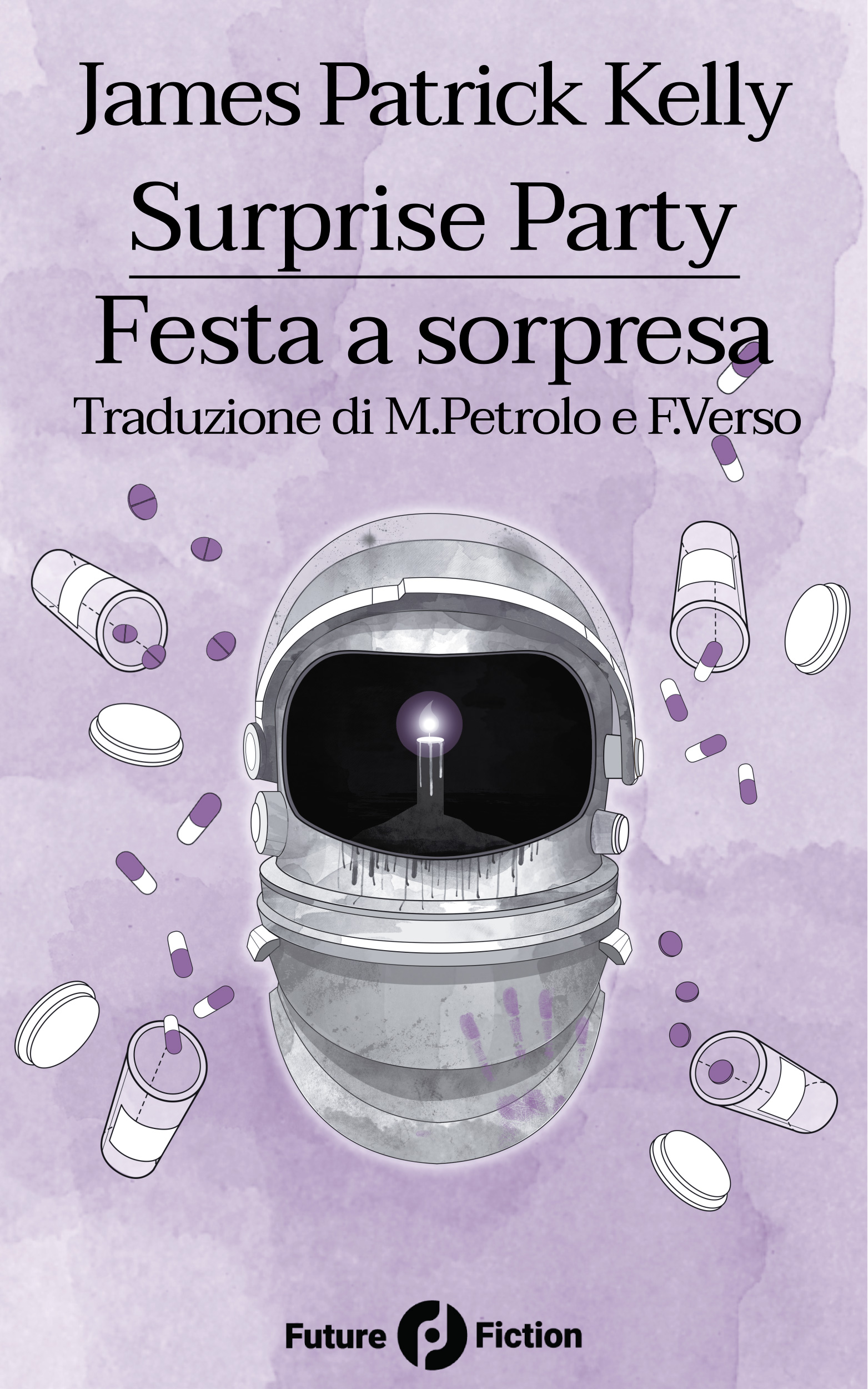 James Patrick Kelly represents the human side of cyberpunk and Surprise Party is the first collection of his short stories ever published in dual language, English and Italian. It features the following stories: Bernardo’s House, Surprise Party, The Promise of Space, Declaration, Yukui!, The Chimp of the Popes and One Sister, Two Sisters, Three.

The Author: James Patrick Kelly has had an eclectic writing career. He has written novels, short stories, essays, reviews, poetry and screenplays. His fiction has been translated into 16 languages and in 2007 he won the Nebula Award for his novella Burn and the Hugo Award twice: in 1996, for Think Like A Dinosaur and in 2000, for Ten to the Sixteenth to One. He writes a column on the internet for Asimov’s Science Fiction Magazine and he is a member of the faculty of the Stonecoast Creative Writing MFA Program at the University of Southern Maine.

Bernardo’s House
Surprise Party
The Promise of Space
Declaration
Yukui!
The Chimp of the Popes
One Sister, Two Sisters, Three